Help the Arts - Fill out your Census!

April 1st is Census Day.  Because the 2010 Census is so significant for nonprofits, the Arts Council is asking Rhode Island's cultural community to get involved.  Please return your Census surveys!


Fill out and return you census by April 1st!

*
Posted by Kaleidoscope Theatre at 3:21 PM No comments:

The March edition of the newsletter has been released!
In this issue you can read about:
1. Upcoming Performances - Goldilocks
2. Jack & the Beanstalk
3. Recent winner - RI Justice Award
4. Fundraiser - “Alice through the Kaleidoscope”
5. Skills on Stage - Acting classes!
6. “Rapunzel”
7. Supporting Our Members

Looking Through The Kaleidoscope #12: School's In 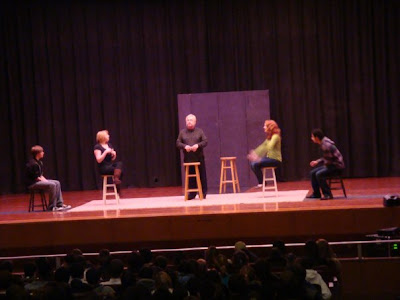 I'm not even sure if people even remember these blog entries. Something is convincing me to resuscitate this poor being of a mini-blog.

Busy seems to be the key word lately. From a personal standpoint, I've been busy putting together an MFA project in order to graduate, but things seem to be busy on the KScope front as well. Most recently the company has been in the midst of the RI Home Show, where our newest show, The Magic of Story Time, has been making its magical mark. In general, this show is in pretty good demand. Having been part of a performance way back in its early stages, I can see why it is so popular. There is a lot of enthusiasm and talent behind the simplicity.

My work with Kaleidoscope has been on and off as of late. There are times where I am heavily involved with the shows, followed by periods of inactivity, and then more work. If you had asked me a year ago, I never would have thought that I would be involved with the school touring shows in the capacity that I have been in.

A little while ago I was able to do a performance of I'm Special, You're Special, KScope's show that focuses on the inclusion of individuals with down syndrome, specifically inclusion in a public school setting. Up until the few rehearsals I had, I didn't have a lot of knowledge about the show. The main reason for my involvement was due to the fact that we were short on people to play the father/gym coach in the show. I realize I'm a bit on the young side to play such a character, however we were able to pull it off because our ages sort of lined up. It wasn't like I was playing opposite to someone older than myself. So, roll up my sleeves, put on some glasses, and I'm a dad.

I had a good time with this show. We had done two performances, both of which went over without a hitch. The children were extremely attentive, which tells me that young children not only have the capacity to understand a concept such as inclusion, but are also willing to move in the right direction. I think we take this understanding for granted. As we get older, a great deal of people in our society seem to stray from the idea of inclusion. Something in our brain will change how we view people, and we start to become more cynical. We could chalk that up to personal experiences, but we fail to see how easy it is to accept when we are young. It has nothing to do with naivety. I think it has to do with the fact that the more things that we realize, the more things we have to question. Perhaps, once in a while, we can just tell ourselves to save the questions for something else. Once in a while, maybe we should just be able to accept someone for who he or she is, merely because we are all the same in the grand scheme of things. Keep the bad eggs in mind, but don't put that title on a person before you know them. I think its time for us to let us make the decisions for ourselves and not let society tell us how to think of someone because they are different. Treat people as people, not delicate beings who will shatter in our hands. The kids get it. We can get it.

The big thing in school touring right now is still BULLY, but this season it has been the new incarnation of the show, High School BULLY. The show is still in its infant stages, but the crawl is slowing progressing to a walk.

The show has revealed one of the biggest obstacles in theatre, which is speaking to a younger audience. The high school period of our lives is sort of like an age of reality. We are figuring out the truth of who we are, who are the important people in our environment, what is our purpose, and so on. It is an age where we turn off the willingness to imagine, especially with the theatre. We are able to simply believe something is real on stage as a child because it is simply there. We regain this ability as an adult because we understand the nature of the theatre. As for high school, we seem to like to point out the sparks of reality that are subtle enough to not break the image on stage, but potentially could if they were to reveal themselves. It's a tough audience. And this is a tough show being delivered to a tough audience. The show is tough in the sense that we are educating, and the last thing a high school student wants is an education. Sounds silly, yes, but there is truth behind it. Educating ourselves as adults seems more natural because now we are free to be curious about the world and actually go out and satisfy those curiosities. In high school, we'll tell you what to be curious about. Got it, slick?

Some of the difficulties involved in the show are certainly coming from our end as well. Don't get me wrong, it's a good show. However I think there are still instances where we are taking our audience for granted. We need to be able to communicate our message effectively, however we need to either meet the students on their level, or we need to exceed it. Either way, we are paying the students the respect they deserve as people of the theatre. I specifically will refer to them as "people of the theatre". They may not go to the school plays, they may not have an interest in the craft, but the fact of the matter is that once they walk into the theater, they are deserving of our best as performers. But the problem doesn't lie in the talent of the people on stage. We have it. What we need to focus on is whether we are offering a work that is appropriate to our audience, in this case high school students. Many times, I would say the work finds the audience, and we should not have the audience in mind when creating. This show is an exception. However we aren't going to reach our goals by changing what we do on stage. We need to look at what we are giving. Theatre is about doing. We go out there, we do, and we reach who we are going to reach. We need to refine what we are doing via the content.

As someone who has performed in a production of High School BULLY, I think we are on the right track. I think we still have important work to do as well. The show has gained a lot of notoriety already, but I say we can't pat ourselves on the back just yet. Let's see what we can do to make a great thing even better. Theatre isn't just the act of doing on stage, it is the act of doing in the creation process. We aren't done working yet, nor should we ever be done working.

In the words of Garrison Keillor, "be well, do good work, and keep in touch."
Posted by Ryan at 1:34 PM No comments:

On Sunday, March 21, we will be presenting Goldilocks & the Three Bears at 2:00pm in Saugus, MA. The close and intimate performance venue of the Saugus Senior Center is always a joy to perform in and the crew there has truly become a part of the Kaleidoscope family. To reserve your tickets, please contact Paul Ryan at grouptixne@aol.com or (781) 230-EXPO. Tickets are $12 and include a yummy free ice cream. 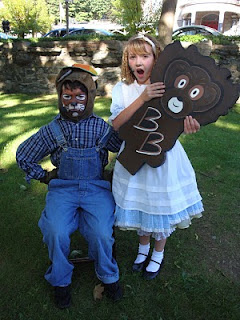 Kaleidoscope will continue to present a monthly production in Saugus throughout 2010. Our schedule through June is as follows:
* April 25th – Jack & the Beanstalk
* May 16th – Rapunzel
* June 13th – Mother Goose
Details for performances in July and August will be announced shortly.
Posted by Kaleidoscope Theatre at 5:12 PM No comments:

Kaleidoscope Theatre will be offering a theatre class this spring for children in grades 3-5!

In this class, children will begin to learn about the skills necessary to become an actor. The class will focus on the skills of Observation, Imagination, Concentration, and Cooperation and the students will practice them using a variety of theatre games and exercises. All students in the class will also participate in Kaleidoscope Theatre’s production of Alice through the Kaleidoscope on May 28th at the Scottish Rites Auditorium in Cranston. This show is being produced as a fundraiser for our B.U.L.L.Y. program and will offer the students a chance to work alongside professional actors. The class will be taught by Jamie Dellorco, who currently serves as Kaleidoscope Theatre’s Education Coordinator as well as an actor for the company.

Classes will begin Friday, April 9th from 6:30pm – 8:30pm and will run every Friday at the same time through the performance on May 28th. This class is being offered for a fee of $200. All classes will be held in the function room of the Orchard Church located at 180 Oaklawn Ave. in Cranston.

Cinderella, Snow White, Rapunzel, and Sleeping Beauty will be at the RI Home Show again tomorrow! Performances of The Magic of Story Time will be at 11am and 2pm! Children under 12 get into the event free!
JOIN US!
Posted by Kaleidoscope Theatre at 5:48 PM No comments:

The Magic of Story Time this weekend!

Kaleidoscope's favorite princesses will be telling their stories this weekend at the RI Home Show in the RI Convention Center!
Performances on both Saturday and Sunday!
11:00am - Rapunzel and Sleeping Beauty
2:00pm - Snow White and Cinderella 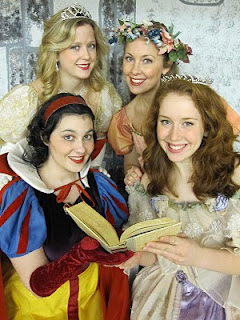 Posted by Kaleidoscope Theatre at 11:09 AM No comments:

The Magic of Story Time at The Home Show!

Come meet Snow White, Rapunzel, Sleeping Beauty, and Cinderella at the RI Home Show this weekend!
The four princesses will be meeting kids from 10am to 4pm on both Saturday and Sunday. The princesses will also be performing The Magic of Story Time and reading their musical stories on stage! 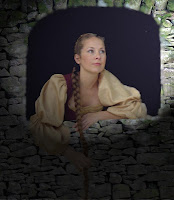 Also at the event will be Lon Cerel, a Kaleidoscopian that has entertained children with his magic and his balloon animals for over 20 years!

We hope you can join us! For more information about the Home Show, check out their website!
Posted by Kaleidoscope Theatre at 1:01 PM No comments:

Jack & the Beanstalk in April!

Kaleidoscope Children’s Theatre Performance of Jack and The Beanstalk Sponsored By Wood River Preschool on April 10th at 10 am will take place at the Chariho Middle School, 455B Switch Road, Wood River Junction. Tickets are $5/person at the door starting at 9am and people of all ages are encouraged to attend.
Wood River Preschool is a non-profit, parent cooperative preschool and this April 10th performance will help raise funds to bring increased educational opportunities to students and will also give the community the opportunity to enjoy professional theatre.
Posted by Kaleidoscope Theatre at 3:23 PM No comments: