Schools say "NO" to bullying

Check out the whole article in the South County Independent!
Posted by Kaleidoscope Theatre at 11:13 AM No comments:

The Warwick Beacon and the Cranston Herald recently attended a performance of BULLY at Hoxsie Elementary in Warwick - Check out that they had to say by visiting warwickonline.com!
Posted by Kaleidoscope Theatre at 3:19 PM No comments:

Kaleidoscope's own Marianne Douglas will be on Oprah's Favorite Things show as a "hero" this Friday at 4pm! Later that night, she will also be interviewed live on NBC 10 for the 7:00pm news! Make sure you tune in! :)
Posted by Kaleidoscope Theatre at 11:41 AM No comments:

Looking Through The Kaleidoscope #500: Being a Bully is a Statistic...The News is Making Me Sick... 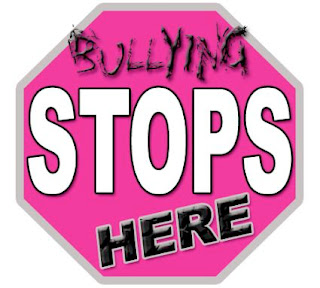 I'm used to the idea of bad news being on the news all of the time. What I am still not used to is the fact that a good chunk of this bad news has to do with bullying. To be more precise, the tragic end-results that are coming from it. How many more child suicides do we have to have before the hammer falls?

Many times Jamie has spoke about her very poignant and important experiences with bullying. I have only mentioned mine briefly in Kaleidoscope's public forum. Like Jamie, I was bullied as a child, however I feel it was never to the same extreme as her. I was constantly picked on for being skinny, and in that sense smaller than other people. Being tall didn't exactly help matters. I was still skinny, and therefore considered weak. I don't think I'm weak, and I think a part of me back then felt the same way back then. But according to bullies, the stick-like arms don't lie. I don't think I ever was able to move past this until my first year of college. I was once again an outsider, being one of two Rhode Islanders in my freshman class, but everyone was an outsider. Even those who lived in the Berkshires were embarking on a brand new experience, and all they could bring to the table was themselves, or at least who they chose to be at that particular time. 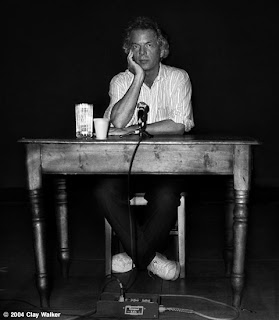 I've actually explored this a bit not too long ago. I took part in a solo-performance class while pursuing my MFA. This class focused on varying aspects of the craft, and ultimately led to an autobiographical show that we put together. Right away, I knew who I wanted to model my show around in terms of format: the late, great Spalding Gray. For the theatre kids reading this, Google him. He paved the way for a lot of solo theatre that is around today, and his work holds up strong. Now came the content, and with only 26 years under my belt, this autobiography is not much of a read. I didn't feel that there was something in my life (at least the span of my life being observed) that warranted much of anything. It's been a mixture of ordinary in the sense that not much has happened, and in the same way blessed that I haven't had much experience with trauma (knock on wood). So what do I talk about?

Part of the process was recollecting and observing our own memories, and through this process I was able to string together some themes. I found repeating patterns in my life that revolved around various things, but one of the aspects that really stuck out was this sense of social hierarchy in our younger years, and the fact that we don't make the decisions in terms of this hierarchy. Someone else makes the decision for us. The frustrating part is that I couldn't find out who this someone (or group of someones) was. The self that I explored knew two things for sure: someone made the decisions, and I wasn't that someone. And at that point, I had my show. I sat at a table, had a few props, and told my stories. Through these stories, I tried to paint a picture of a hidden society within our childhood, and most of us our peasants. If you wanted to know where your place was, just look at where you were sitting at lunch. If you even had a seat.

When I think about who Kaleidoscope is trying to reach right now, it made me think of this show. It also made me ask this question: if every bullying victim's experiences are unique, then how can we reach all of them in one message? It's like I said before, both Jamie and I were bullied, but the experiences, on the outset, seem like night and day. The dawn was thankfully the same: we both came out stronger in the end. So where is the constant? Where is the constant within all of these victims?

If I had to guess, I would say it is control. The victim only has so much of it. They have a degree of control in how they respond to the bullying (I say "degree" because I don't think some reactions are made rationally or by "choice"). With bullying, I believe that the constant is that, at the end of the day, whether we can take the punishment or not, we feel that someone else is in control of our lives.

Maybe the message should be something along these lines: you are in control of who you are. It is your identity, and no one has the right to tell you that it is wrong or against the laws of nature. Yes, we may feel that certain sides of us aren't ready to blossom, but that's alright to feel that way. Somewhere, there will be someone we can trust in, and we can bloom for them. It might take a while, but it will happen. No question. If you feel the need to hide, hide in plain sight. What I mean to say is don't let the ignorance of others constitute your identity. Just because one person can't accept something doesn't mean that everyone else will follow their lead. I am fully aware that there are many factors in this very sensitive subject, and we can only do so much at a given time. But whatever we are allotted to do at that given time, give it everything you've got.

Don't let bullying take your identity. Take it back.

In the words of Garrison Keillor, "be well, do good work, and keep in touch."
Posted by Ryan at 5:34 PM No comments:

Posted by Kaleidoscope Theatre at 12:06 PM No comments:

Update from the Anti-bullying Summit Committee

Kaleidoscope Theatre was a partner in the recent Rhode Island Anti-bullying Summit. The event created quite the buzz all across the state and we had almost 30 cities and towns attend the event! Thank you to everyone who attended and the volunteers who made the event such a success! The Planning Committee is currently in the process of analyzing the data gathered at the summit and will be sharing the findings with all the participants shortly.
Stay tuned!
Posted by Kaleidoscope Theatre at 10:59 AM No comments: 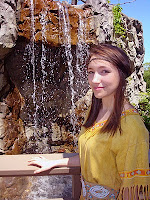 Kaleidoscope Theatre will be performing our historically accurate production of Pocahontas at the Holy Family Parish Hall (195 Walcott St.) in Pawtucket, RI on Sunday, November 21st. The show will begin at 4pm and all proceeds from the event will go to benefit the Pawtucket Soup Kitchen and Kaleidoscope Theatre. For tickets, call Adrienne Marchetti at Pawtucket Soup Kitchen – (401) 256-3446 or Kaleidoscope Theatre at (401) 942-3637. Admission is $10 in advance and $12 day of show.
Come join Pocahontas as she teaches the audience about preserving nature and respecting the circle of life. This production is a great tie-in to history units and helps illustrate the importance of mutual respect among people and cultures.
Posted by Kaleidoscope Theatre at 2:23 PM No comments:

Join us this weekend for our musical version of “Snow White.” Come meet this iconic princess and her seven amazing friends… but beware of anyone selling apples!

Rhode Island audiences can see this wonderful show on Saturday, November 6th at the Scottish Rites Auditorium (2115 Broad St.) in Cranston, RI. The show begins at 2pm and tickets can be purchased by calling Kaleidoscope Theatre at (401) 942-3637. Admission is $10 in advance and $12 on the day of the performance for stadium seating and $8 in advance and $10 day of show for floor seating.
Massachusetts fans can see the same production the following day on Sunday, November 7th at the North Shore Musical Childrens Theatre (466 Central St.) in Saugus, MA. Tickets can be reserved by calling Paul Ryan at (781) 230 - EXPO or by emailing Grouptixne@aol.com. Tickets are $9 in advance and $12 day of show and include a free healthy snack!
Posted by Kaleidoscope Theatre at 12:53 PM No comments: