The Rhode Island State Arts Council (RISCA) has decided to designate an initial $20,000 from its federal grant from the National Endowment for the Arts to help schools with the cost of hiring buses to transport students to arts and cultural events and programs!

This new program, based on successful programs in Iowa and Massachusetts, will help school students attend concerts at the Providence Performing Arts Center and Veterans Memorial Auditorium, plays at Trinity Rep and the Gamm Theatre, museum exhibitions at the RISD Museum and the Newport Art Museum, and countless other arts opportunities that are currently unavailable to Rhode Island school students because of lack of funding for buses and coverage for classroom teachers.

One such opportunity is Kaleidoscope's performance of Rapunzel on May 13th! Tickets to this performance are still available (only $5.50/ticket) and can be purchased by calling Kaleidoscope Theatre at (401) 942-3637. For camps and day care centers, the grant funding for the buses can also be applied to our summer 2010 summer series!

Under the terms of this new program, schools can apply for up to $400 per trip, with each school eligible to receive support for one trip per year in order to ensure that as many schools as possible can participate in this program. Applications will be funded until the money runs out, but it is the Arts Council’s intention to evaluate this program and continue to support it – contingent on availability of sufficient funds -- into the foreseeable future.

To apply for funding to attend one of our upcoming spring or summer programs, check out RISCA's website!
Posted by Kaleidoscope Theatre at 10:23 PM No comments: 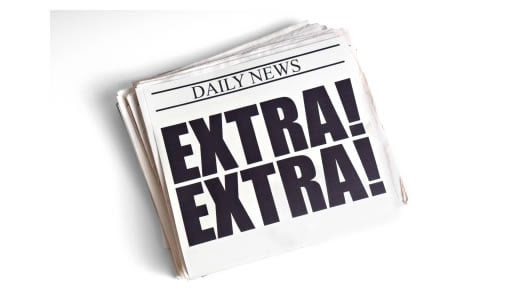 The first edition of the 2010 Newsletter has been released!

In this issue you can read about:

Posted by Kaleidoscope Theatre at 1:28 PM No comments:

Kaleido-Stuff available for a good cause!

* Summer 2010 Season Tickets (Family Four-Pack) - Valued at $200
Kaleidoscope Theatre invites a family of four to view all eight fairytale musical performances this summer at Rhode Island College! Our RI series runs every Tuesday morning at 11am from July 6th through August 31st.

Kaleidoscope is now offering a half hour version of The Magic of Story Time for only $150!

Booking this program allows one of our princesses to come to your school and read and sing-through their famous tale! Princess options include: Snow White, Cinderella, Rapunzel, and Sleeping Beauty. An hour long version of the program is also still available that incorporates the stories of two princesses.

Here is a video clip of Cinderella and Snow White performing at a local school!

Kaleidoscope will be remounting Pochontas!

Kaleidoscope Theatre has been awarded a $3000 grant from RISCA to reorchestrate the music for our production Pocahontas: The True Story! This show will be remounted  for the first time since 1998! Award-winning orchestrator Dan DeLange will again be lending us his amazing talent to bring our historically accurate production to new heights! As tie in to the history curriculum, this production will also be available to tour to schools!

(Photo: Sarah Pothier will be playing the role of Pocahontas. Stay tuned for a production/performance schedule.)

STATE ARTS COUNCIL ANNOUNCES SECOND ROUND OF GRANTS FOR 2009-2010

Many employed, many served by Arts Council grants

Over a thousand artists will be employed and over 134,000 individuals will benefit from the latest round of grants awarded by the Rhode Island State Council on the Arts, according to information released by the state arts agency today. The Arts Council announced its second round of grant awards for the 2009-2010 season, supporting projects by individual artists, arts organizations, schools and educational organizations in communities throughout the state.

In announcing the awards, State Arts Council director Randall Rosenbaum said that it was important to remember, particularly in challenging times, that the arts employ people and help communities. "The arts are an important part of the Rhode Island economy”, he said. “Each grant we award helps to employ an artist, even for a short period of time, and those artists – our neighbors – help support local businesses by paying rent, buying groceries, and by providing cultural programs in our communities. Our applicants tell us that over 134,000 people will benefit from the projects we just supported, and those people in turn will contribute in their own way to our state’s economic recovery.”

The Arts Council announced it had awarded a total of $354,053 in state and federal funds to 108 applicants in this latest round of grants. It received 317 applications from artists, organizations and schools throughout the state, with requests totaling $1,710,714. Grants ranged in size from $10,000 to the Rhode Island Philharmonic for an educational outreach program on Duke Ellington, funded under a special federal program entitled “American Masterpieces”, to $250 for a theatre performance for seniors program at the Warren Senior Center in Warren, RI.

About the Rhode Island State Council on the Arts

Posted by Kaleidoscope Theatre at 3:51 PM No comments:

Here is a clip from our premiere High School BULLY performance at East Providence High School on January 5th.

In doing research for this production, we found that all too often bullying occurs when a person doesn't feel very good about themselves. Bullies try to make themselves feel better by putting others down. Liking yourslef can go a long way to ending the bullying cycle. We want everyone to remember that it is very important to like the person you are.

Posted by Kaleidoscope Theatre at 12:07 PM No comments:

One of our High School BULLY performers recently created an original work of art inspired by our new production! Thank you, Krista for sharing your talent!

Our first performance of High School BULLY was a wonderful success today at East Providence High School. Thank you so much to the cast and crew that made this program possible. Special thanks also to Marianne Douglas for co-writing the script and putting up the new anti-bullying websites, to Bill Whitehead for directing the program, and to John Reis and the P.A.V.E. program for the grant money that made this program possible.

Posted by Kaleidoscope Theatre at 1:20 PM No comments:

Watch these clips for a small sample of the new music from the show.

Clip 2: The January 4th cast sings the closing number.
If you're interested in bringing this brand-new production to your high school, please call (401) 942-3637.
Posted by Kaleidoscope Theatre at 4:20 PM No comments: