This past Saturday, our very own Cinderella welcomed Santa Claus to the Warwick Mall! She was introduced by 92 Pro FM's Kim Zandi. Pictures from this event have been added to the Kaleidoscope Theatre myspace account, click here to check them out! They can be found in the "character appearances" photo folder!

If you're interested in seeing Cinderella in person again, join us at Rhode Island College on Sunday, December 14th at 2:00pm for our production of Cinderella's Christmas! Tickets are only $10 in advance ($12 at the door) and can be purchased by calling the RIC Box Office!


Posted by Kaleidoscope Theatre at 3:38 PM No comments:

Showing kids how to TELL

East Bay Newspapers recently did an article on our anti-bullying program. Thanks to Officer Aguiar, the community relations liaison, BULLY has been into every public school in East Providence! To read the article by George Morse, click here.


(Photo: courtesy of EastBayri.com - Officer Aguiar and students at a recent BULLY performance.)
Posted by Kaleidoscope Theatre at 1:30 PM No comments: 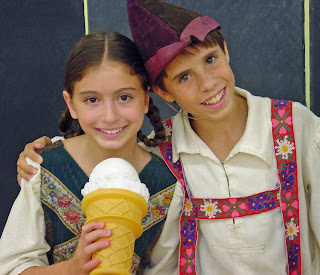 Tickets are still available for our performance of Hansel & Gretel on December 11th at 10:00am. This special performance will be at the Scottish Rites Auditorium on a Thursday morning! Tickets are only $5.50 and are going fast! Please call Bob ay (401) 942-3637 to reserve your seats!
Posted by Kaleidoscope Theatre at 12:37 PM No comments:

Looking Through The Kaleidoscope #6: Loss 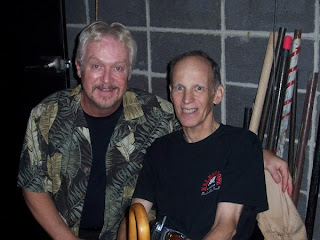 I realize this next post is digressing a bit. It is not about what I said it would be about last time. I also think it might be digressing a little because it has been some time since our good friend Larry has passed. I had wished to touch on this earlier when it might have been more prevalent, but there were many thoughts stirring about this.

When one becomes involved with the theatre, it is very easy to become part of an extended family. As I've posted before, Kaleidoscope is certainly no exception to this. It is a very welcoming community that is always open to a few more faces. And it is also very tough when one has to come to the realization that there is a face that you will now only revisit in memories and pictures.

I didn't know Larry very well. I only have small bits of imagery and information readily available, but it is enough to paint a detailed picture of this man. I know that he loved to make music. His love of music was something him and Debbie shared closely.

I remember finishing up a show at RIC last summer and we were loading up the van at the back of the auditorium. As I was bringing in some of the equipment, I saw Larry over by a piano that was set up near one of the other performance spaces. He stood at one corner of the piano, his cane in one hand, and lightly playing the keys in the other. There was something about it that was flowing and effortless. A sort of grace that just came from him naturally as opposed to years of study. For some reason that image stays with me the most: a man and a piano, making music out of silence.

From what I had seen between Larry and Debbie, I could tell how much they loved each other. Despite his illness, Larry would travel with Debbie to every Snow White performance last summer. Something as debilitating as cancer couldn't keep Larry from being there. I'm almost ashamed to say this, but just before a performance at Cape Cod Melody Tent, I had been backstage to get something from my bag and came across Larry and Debbie just holding each other. I moved quietly as to not disturb them in this tender moment. But that's just what it was. This one image of a man and woman holding each other spoke more about their relationship than any number of words could say. And I hated the idea of disturbing this, but frankly the room could have caved in and they would still be sheltering each other in their arms. There was something very powerful about this moment that I know I shouldn't have been a part of but am almost thankful that I was.

I attended the wake. Debbie and her family stood in the line, greeting friends and family. There was a certain kind of strength that I could see in her. It wasn't necessarily fighting the tears back, but rather it was that the love that she had for Larry was still there, as it should be. As I stood in the line, I heard her tell someone "wherever he is now, he's rejoicing." I could see in Debbie's eyes that no matter how far away Larry now seemed, the love and the music were not going to leave her. As I eventually said my goodbyes, I told Debbie that she had a whole other family to take care of her. She responded in such a way that I didn't even need to reassure her.

I offer a portion of a poem by Mary Sarton:

Who will remember you when I have gone,
My darling ones, or who remember me?
Only in our wild hearts the dead live on.
Yet these frail engines bound to mystery
Break the harsh turn of all creation's wheel,
For we remember China, Greece, and Rome,
Our mothers and our fathers, and we steal
From death itself its rich store, and bring it home.

In the words of Garrison Keillor, "be well, do good work, and keep in touch."
Posted by Ryan at 3:37 PM No comments: